Blog - Latest News
You are here: Home1 / Articles2 / Parents of Children with ADHD3 / It Takes A Village: Help Other People Understand ADHD

As if juggling ADHD isn’t tough enough, it hurts when other people weigh in with their negative opinions. Help family, friends, and educators understand your child’s condition.

You are sitting on the sidelines of the soccer field watching a melt down from your daughter with attention deficit disorder (ADHD or ADD). She stomps off the field, throws her water bottle on the ground, and argues with a teammate — all because she missed a kick.

You’re not surprised. It’s 4 p.m., and her ADHD medication is wearing off. It’s a difficult time of day for her, and you’ve learned to joke together about late afternoon, calling it the witching hour.

Then the mother next to you mutters, “Someone ought to get that kid under control!” and your blood boils. You’d love to set her straight, but you hold your tongue.

You are less likely to hold back when the criticism comes from family. You expect support from those you love. So when your sister says, “Really Mary, you ought to discipline that child!” you probably don’t want to let her comments go unanswered.

You’ve told them a dozen times that she has ADHD, but they “don’t believe in it” or “don’t get it.” Their criticisms are an unfair indictment of your parenting skills – and of your child. You know you’re not incompetent, and they should, too. What to do?

Talk Down Your Family

Unless you want to be forever banned from your sister’s house, take a just-the-facts approach. Tell her that it’s important to you that she learn about ADHD, so that she can better understand her wonderful niece. You can facilitate her education by giving her a book about attention deficit or by explaining what you know about the condition.

Another option is discussing your daughter’s doctor’s appointments with your sister. Sharing information about the ADHD diagnosis tests, as well as the doctor’s opinions, may help her understand that ADHD is real and that it is the cause of your daughter’s behaviour.

You might take the same approach with a mother-in-law, but let your husband do the talking. If that doesn’t work, there might be other reasons why she resists your daughter’s diagnosis. Her behavior might remind her of your husband’s behaviour at that age – and evoke anger or unpleasant memories.

You can figure this out by asking some “why” and “what” questions: “Why don’t you believe what we are telling you?” “What is it, specifically, that is bothering you?” are good starting points. Your mother-in-law’s anger is valid, but it should not invalidate a diagnosis of ADHD.

When a close friend says something about your child that upsets you, avoid inflammatory debate. Instead, offer guidance to help her respond supportively.

If a friend says, “David would do fine in school, if he would just try harder,” point out that David is trying very hard, but that it takes him longer to acquire the study, time management and organisational skills that come easier to other children.

Explain the key elements of David’s ADHD, and the efforts that your family is making to support him. If you need help, there are a number of good resources, including my own Delivered from Distraction and A User’s Guide to the Brain, by Dr. John Ratey.

Finally, ask your friend if she might be willing to accept your daughter for who she is. In doing this, your friend gets a “two-for” – she expands the circle of people who are cheering your daughter on, and she recognizes the effort that you are making on your child’s behalf.

Don’t Forget About You

Supportive friends and extended family are only part of the picture. Make sure that your child knows, every day, how much you love her. Several studies suggest that loving acceptance by parents is the most important thing teens with ADHD need in dealing with symptoms.

Showing your love and affection will buoy your child’s sense of hope and help the family weather any criticism that will be directed their way. 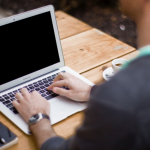 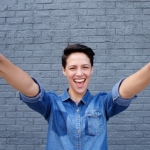