Blog - Latest News
You are here: Home1 / Articles2 / Adults with ADHD3 / “Perfect Is a Myth” — and Other Self-Esteem Boosters

Small ways to build up your confidence while accepting your imperfections — not their limitations on your life.

How to Raise Your Self-Esteem

In case you haven’t noticed, none of us is perfect. But adults with attention deficit disorder (ADHD or ADD) struggle more than most in getting through life — and their self-esteem may take a beating for it.

What if you could turn those negative emotions around and feel good about yourself? You can find small ways to raise your self-esteem while accepting your imperfections.

Before Jenny was diagnosed with ADHD, she was hard on herself for being unreliable and forgetful. When she understood how ADHD contributed to those shortcomings, she learned some strategies to overcome them.

Writing down appointments on a large poster board that she hung in her kitchen helped her remember get-togethers with friends. As Jenny started arriving on time for dates, she began to see herself as a punctual person who is on top of things — even if she still forgets to pick up the occasional item at the supermarket.

Feeling good about yourself starts by treating ADHD with the help of professionals who understand the complexities of the condition. It ends with building skills to help you achieve little victories over daily challenges. These tips will help you do that:

To use a baseball analogy, the best way to improve your odds of getting a hit is to be smarter about what you swing at. There’s wisdom in knowing when to walk away from a losing battle.

Sarah, a mother of two, who has been diagnosed with ADHD, decided not to volunteer to help out in her children’s classrooms this year because she knew she was too busy to do a good job. Without this large time commitment, she could successfully meet other demands in her life — her part-time job, meal planning, laundry — rather than fail at all of them.

Holding yourself to very high standards tends to bring short bursts of enthusiasm, followed by long bouts of avoidance. Completing a project is often better than trying to perfect one that is late. You don’t get partial credit for “almost done.”

Ron kept pushing deadlines, requesting just “a little more time” to put the finishing touches on his reports. After a heart-to-heart with his boss, he realised his tardiness was affecting his coworkers’ productivity. His perfect, but late, reports weren’t appreciated by management. Ron learned to accept doing a good, rather than a perfect, job. He is now getting along better with his coworkers, and he just received a raise.

People with ADHD often get pulled off into something else, or simply forget. Doing this over time can take a toll on their self-esteem. When you see something you need to do, address it right then, or create a reminder so you’ll be sure to come back to it later.

When Tom started jotting down tasks on a small erasable board in his cubicle, he met deadlines and, in some cases, finished ahead of time. That earned him kudos from his boss. More important, it changed the way he thought about himself, at work and at home.

Those with ADHD wrongly assume that everything comes easily to others. Some tasks may indeed be a cinch for people without ADHD, but that doesn’t mean they don’t struggle. Like everyone else, you will have setbacks and failures. Use them as an excuse to keep trying.

Cassie was a poor money manager, until she decided to leave her credit cards at home and use only cash for purchases. She overspent at times, and had to resort to the ATM, but she quickly got herself back on track after she did. What’s more, her cash-only strategy gave her extra money to spend on dinners — and the confidence that she could put money away for her future.

When you’re feeling down on yourself, it’s easy to think of others as superhuman. For example, my friend Kevin exercises more regularly than I do, and my friend Bill is better at woodworking than I am. But I know more about woodworking than Kevin and I work out more than Bill.

In the end, we are not so different from each other. You are probably more aware of your own shortcomings than those of others. Keep that in mind the next time you start to be too hard on yourself.

It Takes A Village: Help Other People Understand ADHD 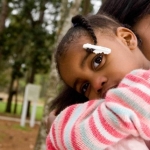 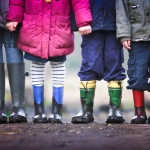 Photo by Ben Wicks on Unsplash Can You Outgrow ADHD?
Scroll to top