“When a child with ADHD receives a drop or two of praise, it’s like rain in the desert.” Learn how the right words of praise and encouragement can boost your child’s self-confidence.

When a child with attention deficit hyperactivity disorder (ADHD) receives a drop or two of praise, it’s like rain in the desert. He drinks it in, revels in it. It’s important for parents, teachers, and coaches to set up a child with ADHD to do something right, something well, something praiseworthy. Giving your child words of praise is like offering him a ticket out of the fear and self-doubt that plague him.

I remember when I was in seventh grade, playing on the junior varsity soccer team at Fessenden, a school outside of Boston. Underneath my upbeat exterior, I was a lonely kid, lacking confidence and direction. A budding cynic, I had taken to heart my father’s grim advice: Hope for the best but expect the worst.

One day before the big game, my coach told me I was going to start at centre forward. I looked at him as if he had lost his mind. I wasn’t a starter, and I had never played center before. I concluded that this was a ruse to get the rest of the team to play harder. I said to the coach, “I know what you’re trying to do, but I don’t think it will work.”

“You’re trying to motivate the team by putting me at centre. You think that everyone else will play harder to compensate.”

I’ll never forget what Coach Fitts said next. “No, Ned, you’re wrong. I think you’re the best player for that position. If I make you play it, maybe you’ll believe it, too.”

For a moment, I saw a new me, someone I had always wished to be. Revved up by Coach Fitts’s words, fired up by a determination not to let my teammates down, and psyched up by a new vision of what I could do, I went into the game a new player.

I scored three goals and assisted on three others. It was the best game I had ever played. Afterward, the coach looked at me through his thick glasses and said, “See what I mean?”

I did, and I still do. Being a parent is a lot like being a coach. You look for times when encouragement can open a door in a child’s life, as Coach Fitts did for me.

The Right Words, the Right Time

The key to effective praise — the kind that is transformative rather than simply pleasant — is placement. If you applaud everything your child does, your praise sounds phony and loses its power. If, however, you withhold acclaim for only those occasional 24-karat moments, you may lose the chance to draw out more from a child than he knew he had in him.

And what if your child does little to deserve praise? Help him to succeed, to go beyond himself. Praise is especially important for children who have ADHD because they typically get so little of it. They get correction, remediation at school, and complaints about their behaviour. They undergo testing, and are expected to feel grateful for constructive criticism.

In more than 20 years of working with children and adults who have ADHD, I’ve learned that they all carry buried treasures and hidden talents that must be excavated in order to be developed. Praise is one of the best pick-axes in this important mining expedition.

For young children, reinforce verbal praise with a token system. Every time a child does something praiseworthy — finishing a homework assignment on time, say — add a star to a chart or a bean to a jar. The stars and beans go toward special privileges on the child’s wish list.

Outside ADHD: Sometimes being outside is the best ADHD treatment. 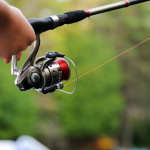 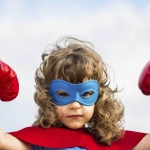