Fact: Boys are diagnosed two to three times as often as girls, but about 4.2% of girls have received a diagnosis of ADHD at some point in their life. (And that’s not none!)

Since ADHD was first studied in the late 1700’s, it has predominantly been studied in boys: white, hyperactive, school-aged boys, to be specific. While research on girls and women is growing at exponential rates, the myth that ADHD is a condition of boyhood has gotten in the way of adequate diagnostic and treatment services for millions of girls and women with ADHD over the centuries (yes, centuries).

According to a prominent study by the National Institute for Mental Health in 2011, about 4.2% of females have received a diagnosis of ADHD at some point in their life. However, we are still learning whether these numbers actually reflect incidence or whether rates of diagnosis for girls and women continued to be under reported. Boys are diagnosed two to three times as often as girls, and they are also more likely to be diagnosed early in life. Researchers are currently investigating whether there is a true difference in incidence of the condition between males and females, or whether differences in rates of diagnoses are due to other factors such as gender bias or variations in presentation of symptoms.

Overall, however, women and girls are less likely to be properly diagnosed with ADHD, with boys and men being more likely than girls and women to be referred for services even when their symptom profiles are exactly the same.

The myth that all people with ADHD are hyperactive likely accounts for another reason that girls and women with the condition go overlooked.

Women and girls with ADHD have a higher incidence of depression and anxiety. This could, in part, be due to a tendency of girls and women to exhibit internalising behaviour while boys and men in general are more likely to display behaviours that are more externalising.

Many girls are initially referred for treatment due to symptoms of anxiety and depression, while symptoms of ADHD are missed. A number of complex and nuanced factors further influence the female experience of ADHD, including fluctuating estrogen levels impacting symptoms and gendered expectations of behaviour that might complicate how symptoms are perceived.

Dr. Michelle Frank is a licensed clinical psychologist specializing in providing diagnostic and  treatment services to individuals with ADHD. Dr. Frank is the co‐author of A Radical Guide  for Women with ADHD: Embrace Neurodiversity, Love Boldly, and Break Through Barriers,  written in collaboration with Sari Solden and published by New Harbinger. Dr. Frank has  been an active member of both ADDA and CHADD and has presented both locally and nationally on ADHD, women’s issues, and neurodiversity.

Myth #7: Everyone Has A Little ADHD! 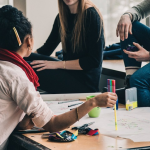 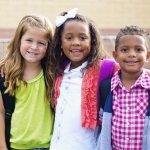 How to make friends: A Guide for Kids with ADHD
Scroll to top