Blog - Latest News
You are here: Home1 / Articles2 / Parents of Children with ADHD3 / Why Sugar is Kryptonite: ADHD Diet Truths

Does an ADHD diet work? Yes, following an ADHD nutrition plan rich in protein and vitamins can help control symptoms of attention deficit hyperactivity disorder. But only if you avoid sugar, artificial flavours, and common allergens as well. Here’s what to eat and what to avoid.

Your ADHD Diet: What to Eat For Symptom Control

The bad news: Deficiencies in certain types of foods can worsen symptoms of attention deficit hyperactivity disorder (ADHD) in children and adults. The good news: An ADHD diet that boasts adequate levels of the right foods actually optimizes brain function.

Foods rich in protein — lean beef, pork, poultry, fish, eggs, beans, nuts, soy, and low-fat dairy products — can have beneficial effects on ADHD symptoms. Protein-rich foods are used by the body to make neurotransmitters, the chemicals released by brain cells to communicate with each other. Protein can prevent surges in blood sugar, which increase hyperactivity and impulsivity.

“Because the body makes brain-awakening neurotransmitters when you eat protein, start your day with a breakfast that includes it,” says Laura Stevens, M.S., a nutritionist at Purdue University and author of 12 Effective Ways to Help Your ADD/ADHD Child. “Don’t stop there. Look for ways to slip in lean protein during the day, as well.”

An ADHD Diet of Balanced Meals

Faye Berger Mitchell, a registered dietician from Bethesda, Maryland, has a nine-year-old daughter who received an ADHD diagnosis two years ago. While her daughter takes stimulants to control her ADHD symptoms, Mitchell concluded that a pill is not enough. She finds that when her daughter eats a well-balanced diet, including vegetables, complex carbohydrates, fruits, and plenty of protein, her behaviour tends to be more consistently under control.

Ned Hallowell, M.D., founder of the Hallowell Center for Cognitive and Emotional Health, in Sudbury, Massachusetts, and New York City, advises all of his patients with ADHD to think about their plates when preparing a meal. Half of the plate, he recommends, should be filled with fruits or vegetables, one-fourth with a protein, and one-fourth with carbohydrates.

Hallowell also advocates eating several servings of whole grains, which are rich in fibre, each day to prevent blood sugar levels from spiking and then plummeting.

Vitamins and Minerals to Supplement Your ADHD Diet

“Many diets are deficient in key vitamins, minerals, and fats that may improve attention and alertness,” says Richard Brown, M.D., author of How to Use Herbs, Nutrients, and Yoga in Mental Health Care. He suggests that children and adults who have been diagnosed with ADHD be tested for nutritional deficiencies.

Zinc, Iron, and Magnesium In Your ADHD Diet

Zinc regulates the neurotransmitter dopamine and may make methylphenidate more effective by improving the brain’s response to dopamine. Low levels of this mineral correlate with inattention. Iron is also necessary for making dopamine. One small study1 showed ferritin levels (a measure of iron stores) to be low in 84 percent of children with ADHD compared to 18 percent of the control group. Low iron levels correlate with cognitive deficits and severe ADHD. Like zinc, magnesium is used to make neurotransmitters involved in attention and concentration, and it has a calming effect on the brain.

All three minerals are found in lean meats, poultry, seafood, nuts, soy, and fortified cereals. While diet is the safest way to increase all three mineral levels, a multivitamin/multimineral with iron will ensure that you or your child gets the daily reference value (DRV) of these minerals.

B Vitamins In Your ADHD Diet

Studies suggest that giving children who have low levels of B vitamins a supplement improved some IQ scores (by 16 points) and reduced aggression and antisocial behaviour. “Vitamin B-6 seems to increase the brain’s levels of dopamine, which improves alertness,” says Brown.

Multivitamins In Your ADHD Diet

If your child is a picky eater, or if he eats lots of take-out food, chips, and soda, he probably isn’t getting the daily recommended value of vitamins and minerals. A daily multivitamin/multimineral will ensure that he does, no matter how finicky he is.

Omega-3s are believed to be important in brain and nerve cell function. A new study2, conducted at Göteborg University, in Sweden, concluded that daily doses of omega-3s — found in cold-water, fatty fish, such as sardines, tuna, and salmon — reduced ADHD symptoms by 50 percent. Dr. Sven Ostlund followed a group of ADHD children aged 8-18 who took fish oil daily. Within six months, there was a noticeable decrease in ADHD symptoms in 25 percent of the children.

Another study3 showed that omega-3s tend to break down more readily in the bodies of patients with ADHD than in those without the condition. “People with ADHD who have low blood levels of omega-3s will show the biggest improvement in mental focus and cognitive function,” says Brown. “Sometimes the change is dramatic.”

“Herbs may improve blood flow to the brain, increasing alertness while reducing aggressive behaviour,” Brown says. Talk with your doctor, before starting an herb regimen.

Ginkgo and Ginseng In Your ADHD Diet

“These herbs are cognitive activators,” says Brown. They act like stimulants, without the side effects of ADHD medication. Typically, adults and children who take ginkgo and ginseng improve on ADHD rating scales, and are less impulsive and distractible. Asian ginseng may overstimulate younger children. If this happens, switch to American ginseng.

What Foods Should Be Avoided with ADHD?

Several studies suggest that some kids who have ADHD are “turned on” by copious amounts of sugar. One study5 concluded that the more sugar hyperactive children consumed, the more destructive and restless they became. A study6 conducted at Yale University indicates that high-sugar diets increase inattention in some kids.

Studies published in The Lancet7, Pediatrics8, and The Journal of Pediatrics9 suggest that some children with ADHD are adversely affected by food additives. A recent study10 indicates that artificial food coloring and flavours, as well as the preservative sodium benzoate, make some kids without ADHD hyperactive.

Avoid colourful cereals, like Fruit Loops and Lucky Charms. Cheerios are better, and lower in sugar. Substitute 100 percent fruit juice for soft drinks and fruit punches, most of which are artificially coloured and flavoured. If your child wants a treat, offer him something which is free of dyes and low in sugar.

Foods That Cause Allergies

According to studies, gluten, wheat, corn, and soy cause some children to lose focus and become more hyperactive. Vincent Monastra, Ph.D., author of Parenting Children with ADHD, suggests that all children be screened for food allergies before being prescribed medication for ADHD. Talk with your doctor about testing for allergies.

Creating Morning and Afternoon Routines for your ADHD child 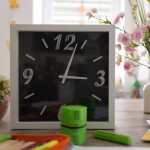 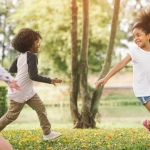 What ADHD looks like in girls
Scroll to top