Blog - Latest News
You are here: Home1 / Articles2 / Parents of Children with ADHD3 / How Many Times a Day Do You Tell Your Child “No”?

Children with ADHD are sometimes exhausting. They ask us to play tag. To set up the easel. To go for a bike ride. We feel the pressure to make dinner or run errands or clean house, so we say “no” — almost out of habit. But what if the trust and bond you created by saying “yes” was transformative?

Having a five year old with multiple diagnoses — attention deficit disorder (ADHD or ADD) being the most prevalent — I use the word “no” a lot. Add a two year old to the mix, and the frequency of “no” doubles.

During one hard week at our house, I told my daughter’s counselor that I was exhausted from the constant battles over everything. I never pegged myself as an authoritarian parent. I always thought I was the fun parent, but the chorus of “no” wasn’t fun. She gave me advice that seemed so simple I almost laughed it off. She told me to ask myself a question before giving my daughter or son an answer: “Why am I saying no?”

She explained: Are you saying no because your child’s behaviour could be dangerous? Like wanting to ride down the street on the hood of the car? Or using the light socket as a place to plug in headphones? Those are solid no’s. You’re being a responsible parent by saying no.

Are you saying no because it’s not feasible? Like wanting to get a pony to keep in the backyard? Or building a tightrope obstacle course through the trees? Those are unfortunate no’s, but no’s nonetheless.

Saying No When Things Are Inconvenient

What about the no’s that head off an inconvenience? You are home with your kids, they’re playing nice for two minutes, and you foolishly think you can start dinner while they’re distracted. You’re about to turn on the stove when one of your kids runs up to you and says, “I want to paint!” If you say no, not right now, you can start dinner, eat on time maybe, and have a quicker transition into bedtime routines. If you say yes, you have to stop what you’re doing and get the water, paint, brushes, and paper, and set them in a spot where you can see your painters, so your walls don’t end up victims to their artistic expression. This is an inconvenience.

However, if you say yes, you can improve your communication with your children, strengthen your bond, and make them more independent. Saying yes builds trust. A child with ADD is prone to self-doubt and self-esteem issues. By saying yes more often, you can help her with her confidence. Saying no, while at times necessary, can erode your relationship with your child. She will become less trustful of you and less likely to share her ideas.

Cut Back on Correcting Your Kids

A parent of a child with ADD has to correct many behaviours, so often, that her language becomes pretty negative, pretty quickly. “Stop doing that, don’t touch that, sit down, please stop.” It’s an endless list of orders. Correcting is not a happy event for the child. But what if you mix in some yeses? And think hard about what has to be a no.

Are you saying no because you see the repercussions of what your child is asking? Like being asked to go make mud pies. You know that if you go out and make mud pies, you have to get dressed for the occasion, go do it, come in and undress, and clean the clothes, floor, and shoes, which are all coated with mud. It’s a mess, one that you don’t need. But what if you say yes? How great a day would that be for your child? Even if you had a rough start (mornings are always brutal for us), saying yes to that one request could save the whole day.

When my daughter’s counselor told me to think about all of this before saying no, I thought I was already doing this. I didn’t think I jumped to the negative out of convenience, but I realised I was mistaken. What if you only said no to anything that may lead to harm? How much more would you and your children get to do together if you said yes a little bit more? The next time your child asks you to do something, think before responding. It’s easy to say no sometimes, but you can create a better bond by saying yes.

Are you a woman with ADHD? Would you be interested in participating in a research... 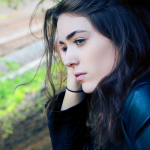 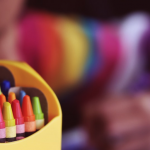 What’s it like to have ADHD?
Scroll to top