Blog - Latest News
You are here: Home1 / Articles2 / Adults with ADHD3 / How to plan ahead when you have ADHD – Time Management Tips

Good time management requires you to make long-term goals and look into the future to figure out who you are, and who you want to be. Unfortunately, none of those things come easily to those with ADHD. Learn why ADHD makes planning for retirement (or even planning your next meal) difficult, and what you can do to overcome your natural present-focused mentality.

The second hand on your internal clock fell off. The minute hand ticks too softly. And the hour hand sticks from time to time. As a result, planning more than a week (even a day) in advance sometimes feels hopeless, and pointless. Some tasks drag on forever while others suck you in to a time warp. And deadlines almost never arrive without drama, stress, and extensions.

Like so many other skills, time management exists on a spectrum. At one end is Tim Ferriss with his “4-Hour Workweek;” at the other end are those of us with ADHD.

Good time management boils down to this: Effectively using the present moment to bring about a better future. Most worthwhile goals and projects require sustained effort over time in exchange for a positive long-term impact on our lives. The secret to smart time management is learning to manage behaviors and choices in the present moment with long-term goals and ambitions always in mind.

When your internal clock is almost never synced with reality, this is difficult. That’s where these external tools and motivational strategies come in. Read on to learn why ADHD makes time management difficult, and what people with ADHD can do to overcome their inherent challenges and create a better future.

How Does ADHD Affect Time Management?

According to Russell Barkley, Ph.D., time management is “the ultimate — yet nearly invisible — disability afflicting those with ADHD.” Why? The ADHD brain is inherently unable to anticipate and plan for the future, which typically manifests in two ways: people with ADHD often have a very short “time horizon,” and they engage in what’s called “temporal discounting.”

To understand a time horizon, imagine you’re standing on the edge of the sea and you can’t see a ship that’s many miles in the distance — at least not at first. But as the ship approaches the shore, it eventually crosses the horizon and enters your field of vision then details of the ship come into focus. A person with strong vision sees the ship earlier than does someone with poor vision — in other words, their “horizon” is much longer.

Similarly, a time horizon measures how close in time an event must be for a person to “see” it and feel motivated to take action. Students with a long time horizon may start working on a project the day it’s assigned and work steadily toward its approaching deadline. Those with a short time horizon, on the other hand, might not “feel” the deadline approaching until it’s nearly upon them. In extreme cases, some students don’t see a thing until the deadline has already passed.

Time horizons are correlated to age. Young children see just a day or two into the future, while adults are capable of looking ahead several weeks, months, or years at a time. People with ADHD, however, often have abnormally short time horizons — a phenomenon Barkley calls “future myopia.” It’s difficult for them to plan for the future because they don’t see the future as clearly as do their peers.

Another phenomenon that disrupts our ability to plan for the future is “temporal discounting.” This is an economics term that reflects this truth: the further into the future a reward or punishment is, the less attention we pay to it in the present moment. If you were offered $100 to shovel a snowy driveway, you might jump at the chance if payment were immediate. But if payment was delayed 3 months, the reward suddenly becomes a lot less attractive — making it much less likely that you’ll agree to do all that shoveling today.

Because everyone — not just those with ADHD — feels the present more strongly, it’s difficult to do challenging things now that won’t have an immediate positive impact. Temporal discounting explains why slimming down, for example, is hard for a lot of people; it’s difficult to find the motivation to eat right and exercise when the positive effects take time to appear.

People with ADHD engage in more temporal discounting than do those without ADHD — which means they tend to choose the option with more immediate payoff. Becoming fit and healthy might be more satisfying in the long run, but watching TV and eating ice cream is much more satisfying now — the reward in the moment takes precedence over the punishment or negative effect that comes later.

How can people with ADHD counteract this today-focused mentality? Here are a few strategies:

1. Externalise time. When your internal clock is unreliable, you need to lean heavily on external ones. Old-fashioned analog clocks — not digital clocks — are useful for this purpose; the moving hands physically represent the passage of time; the numbers of a digital clock can be too abstract. Another great tool is the Time Timer; it shows the remaining time as an ever-shrinking red slice on the clock’s face.

Some individuals externalise time by setting up systems that remind them of it constantly. That might mean setting alarms, utilising phone reminders, or scheduling to-do list items directly into a calendar. Designating specific times for specific regular tasks also helps to ensure they get done regularly.

2. Maximise motivation. To harness (and maintain) motivation before it’s too late, visualise a future where time is managed well, and compare it to an alternative reality. For example, a college student with a paper due Friday should ask how it will feel to pull an all-nighter at the library while all of his friends go out to parties.

To practice visualisation effectively, first acknowledge the common lies we tell ourselves to justify poor time management. Examples include: “I have plenty of time,” “I don’t really have to do that now,” or “I work best under pressure.” Confronting those lies, examining them, and admitting when they’re untrue, is critical to developing better time management over the long-term.

3. Eliminate distractions. A hallmark symptom of ADHD is distractibility, which can override even the strongest time management strategies. Since it’s easier to avoid distraction than it is to recover from it, set up your work environment to eliminate distractions and manage the temptation to get off task. This means different things to different people, but some commonly used techniques include: blocking tempting websites on your computer (using online tools like SelfControl or Freedom), putting your phone on Do Not Disturb, or facing your desk toward the wall so you’re not tempted to look out the window.

4. Don’t catastrophise. Sometimes people put off tasks or long-term goals because they imagine the endeavour is bigger, more complicated, and more difficult than it is in reality. But waiting until the last minute because the project seems too hard — or avoiding it altogether because it involves too much risk — tends to become a self-fulfilling prophecy; the longer you procrastinate or avoid something, the more difficult (or unlikely) the project or goal becomes.

5. Identify feelings. Often, people put off doing a task because it makes them uncomfortable, but they’re not actually sure why. In some cases, the project seems boring or pointless, so apathy is to blame. Others might worry about failure — causing them to procrastinate as a way of putting off the anxiety they feel. Apathy and anxiety require different solutions, and it’s impossible to know which solution to try until you identify the root cause of your procrastination.

No single time-management strategy will work 100 percent of the time. It’s important to identify a collection of strategies that each works some of the time, mixing and match them to adapt to new goals and challenges as they arise. 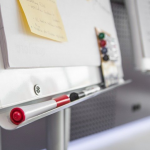 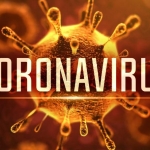