Discipline and relationship problems are the consequences of ADHD behaviour problems in the children, not the cause.

Most young people with ADHD do not show the problems of defiance, spitefulness, or aggression that characterise those with oppositional or conduct disorders. When they are rule-breaking, it is usually a matter of forgetting rules, not appreciating them, or impulsively neglecting them in the heat of the moment.

It is also true that a substantial number do develop oppositional or conduct disorders. These latter are often the reasons for referral to professional attention. When they are the targets for treatment, then attention to parental discipline is often the first intervention.

“Discipline” does not mean the same thing as “punishment.”

Training for parents in managing problems of conduct typically includes:

In this broader sense, children with ADHD who also show oppositional or conduct disorder do need better discipline – but not more, or harsher, punishment.

Many controlled trials with blinded raters have shown that behavioural interventions such as those above do decrease disruptiveness, aggression and disobedience, reduce parental stress and improve the parent-child relationship.

Improving discipline does not alter the core problems

The same trials, however, have also made it plain that improving discipline does not alter the core problems of inattention and impulsiveness. ADHD itself continues and with it the long-term risks for social adjustment.

This is consistent with developmental studies that have followed families over time. They have concluded that discipline and relationship problems in families are the consequences of ADHD behaviour problems in the children, not the cause.

Children with ADHD do need effective (not harsh) discipline; but it is not the whole solution and they need other kinds of help as well.

Read a printable version of this article here

Eric Taylor FRCP FRCPsych (Hon) FMedSci is Emeritus Professor of Child and Adolescent Psychiatry at King’s College London Institute of Psychiatry, Psychology and Neuroscience. He has received the Ruane Prize from NARSAD, the Heinrich Hoffman medal from the World ADHD Federation, an ADDISS Award, and the inaugural President’s Medal from ACAMH.

Hyperfocus – at your service 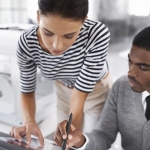 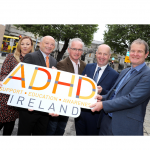