The symptoms of Attention Deficit Hyperactivity Disorder (ADHD) differ in their presentation between children and adults. In children, the symptoms may be more apparent, while adults have often found ways to cover up or make excuses for their symptoms. It’s important to understand the differences in the ways that ADHD symptoms appear in children versus adults.

There are three main components that make up ADHD: hyperactivity, inattention, and impulsiveness. Not everyone diagnosed with attention deficit disorder has all three.

Hyperactivity in children is as if the child is in constant motion. They may be running, climbing on things, often find it difficult to sit still, squirming in the classroom, and constantly fidgeting. This constant motion is above and beyond normal childhood behaviour, and despite the child’s best efforts, does not seem to be within their self-control.

In adults, hyperactivity is experienced more as a general restlessness, with difficulty sitting still for long periods of time (such as in class, at the movies, or at work), and becoming more easily bored with tasks once mastered. They may also feel fidgety, and often have an internal feeling of restless inside of them. An adult with hyperactivity is always on the go, and generally doesn’t respond well to frustrating situations.

The difference in inattention symptoms between children and adults isn’t usually as noticeable. A person with inattention, whether child or adult, can make careless mistakes, doesn’t finish what they start, and may not pay attention to details.

In children, this comes through most clearly in schoolwork, but can also manifest itself in chores or projects. Both children and adults may lose or misplace things, especially important things like a paper needed for school or work, keys, or their phone.

In adults, these symptoms manifest more around work and daily activities of living. For instance, at work, an adult may try and switch from task to task (“multi-tasking”), but never complete any of them and therefore their overall work performance suffers.

Impulsiveness in children comes out more in school as blurting out an answer before being called on, skipping lines and not waiting their turn, or acting without taking into account any consequences of their actions (like jumping off a high place without looking at where they may land, such as on someone else standing there).

Adults may also blurt out an answer in a work meeting, but their impulsivity also can come out in their spending patterns, conversation interruptions, and engaging in risky behaviours, such as driving too fast. They may finish other people’s sentences for them or even monopolize a conversation.

Can ADHD Symptoms Be Readily Seen?

The key to any good diagnosis of ADHD is looking at the whole picture, because a lot of the symptoms are just things most people do once in awhile. Someone with ADHD, however, does these things all the time, and really can’t help themselves from doing them because it’s not a conscious choice.

A person with ADHD has symptoms that significantly impact their ability to function in two or more different areas in their life, such as at school and home, or at work and home. Living with untreated ADHD is a daily challenge, with the symptoms worsening during times of stress.

More subtle signs of ADHD can be seen mostly in the inattention component, as someone who’s not paying attention could be daydreaming — as we all do from time to time — or really be struggling with keeping focused on the meeting or class. A person with ADHD will struggle with this inattention virtually all the time, in most situations, whereas a person who doesn’t have ADHD will be able to focus and pay attention most of the time.

A person with low self esteem or anxiety may be suffering from ADHD first and foremost, but instead the other concern, such as anxiety, is seen as the primary problem, when it’s really just a symptom. Sometimes someone may be seen as not as smart as others, when again, it’s just their inability to focus on the task that’s impairing their apparent intellectual abilities.

10 Tips For the Newly Diagnosed Adult With ADHD 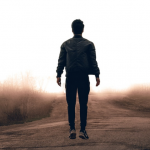 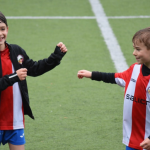 Exercise and the ADHD Brain: The Neuroscience of Movement
Scroll to top